There is an old story about the original creator of the game of chess, a wily mathematician who submits his invention to the ruler of the country. Asked by the delighted queen what he would require by way of reward, the mathematician requests to be paid in gold. He proposes the queen place one single coin on the first square of the chessboard, two on the second square, four on the next, eight on the next, doubling the number of coins on each successive square up to the sixty fourth. The queen, perplexed that the mathematician would ask such

An impressionistic view of the place we want to create: home town, home state

Something has gone badly wrong in the housing affordability debate in Australia, even as our cities continue to break new records for extreme housing stress. The conventional wisdom has the definition of ‘affordable’ resting on cheap land at the far periphery of our great cities. Even if this wasn’t wiping out extensive tracts of urban bushland and peri-urban farming country at an accelerating rate, the fact that sandlots far over the horizon are the only places that even vaguely fit the definition of ‘affordable’ show how dysfunctional the Australian housing market has become.

Created for ‘The East Perth Power Station History Project‘, a wonderful piece of online history documenting the evolution of the Swan River Colony’s first power station. The 3D model was built up using original plant schematics dating back to 1916, with a lot of help from Dr Richard Hartley and other good folk at Engineers Australia.  Big thanks to Marjolein Towler for letting me in on this great piece of work. 3D work in Carrara 6, compositing in after effects 5, music composed in logic audio.

Perth light rail: getting on board

In November 2010, two seemingly unrelated events on opposite sides of the world set the stage for one of the most exciting developments to come to our city in many years. 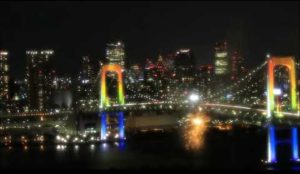 Filmed around central tokyo between january and december 2010, to try and scratch the itch of the extraordinary 24/7 wonderland of shinjuku, shibuya and parts surrounding. Shot on a canon E0S 50D still camera and Canon Legria HF20 video camera, processed in Adobe After Effects and edited in Adobe Premiere. music composed january 2011 in logic audio. Thanks to Rico and Paris for their forbearance.

Reviewed to death for a 10c piece

The Government has been strongly criticised this year for rolling out massive policy initiatives without properly thinking through the costing and institutional frameworks required to make them work. The $43 billion National Broadband Network (NBN) and the home insulation scheme are two examples of big picture budget items that proceeded at breakneck speed unhindered by the normal process of internal checks and balances. The tragic results are a matter of record in the case of home insulation; the jury is still on the fence with regards the NBN. But what happens when the reverse occurs – when a simple

“The future is here. It’s just not widely distributed yet” William Gibson. Take a drive an hour south through the rapidly expanding growth corridor fusing Perth to Mandurah, and you’ll fly past a road sign at once hopeful and heartbreaking.